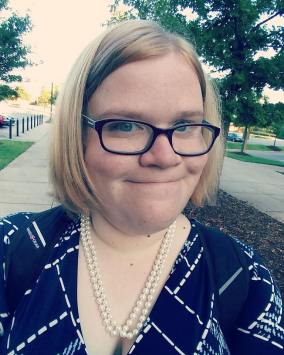 Wendy Dinwiddie is a queer Appalachian writer, editor, and educator. Her work has appeared in Ploughshares, Mississippi Review, Bat City Review, and elsewhere. She is a graduate of the MFA program at the University of Alabama, where she served as the managing editor of the Black Warrior Review.

Originally from East Tennessee, she currently lives in Tuscaloosa, AL, where she is working on her novel in progress, the story of a young girl whose mother tells her on her 13th birthday, by way of explaining her father’s absence, that he is sometimes a catfish. The unfolding story braids together the tale of an above-average catfish and the mystery of a woman whose body was discovered in the lake. Wendy likes to think of it as Big Fish meets Fried Green Tomatoes.